“I’ve never been one to follow a party line on things, so if I give a position on something that tends to be my view regardless of what hat I’m wearing.

“Perhaps such is the same with Henry Smith on this, as the scheme
proposed for West of Ifield were drawn up by Homes England under the
chairmanship of Sir Edward Lister, who is now Boris Johnson’s Chief
Adviser. The current Government’s position seems rather clear.

“Crawley needs more affordable housing, but the total requirement for the
town is less than a third of what is proposed for West of Ifield. Homes
England’s proposals are currently almost entirely for unaffordable
housing and, as things stand, no Crawley resident would be eligible for
any of the affordable homes due to the site falling within the
boundaries of Horsham District Council. So, the proposed development
would both fail to meet Labour’s commitment to affordable housing and
would go well beyond the housing numbers the manifesto is suggesting”

‘The Battle for the Soul of Ifield’ started on Monday December 16 2019 at the Charis Centre in West Green, Crawley

The following Public Question was asked at the start of the Crawley Full Council Meeting:

“In the light of Homes England’s monstrous SA101 development plan for the ancient Parish of Ifield [confusingly called the West of Ifield plan], could the new Cabinet Member for Environmental Services and Sustainability investigate whether or not the developers are in breach of Policy CH9, ENV2 and ENV3 of the Crawley Local Plan [see attachment] – specifically relating to the Rural Fringe and Buffer Zone around the Local Green Space of Ifield Brook Meadows and the Local Nature Reserve of Willoughby Fields?”

“Is the Council aware of any relevant Supplementary Planning Documents in preparation which might affect the Homes England SA101 Plan for the West of Ifield?”

There was a Minute’s Silence for Cllr Geraint Thomas at the start the meeting.

On Dec 17, there was a CBC response to the ‘Homes England’ Public Question at the Full Council on Dec 16 [see below]. The following points were also made at the meeting:

The situation is being watched very carefully. Ifield Ward member Cllr Peter Smith has been in contact with the Homes England consultant to arrange meetings – including public meetings. At the moment, Homes England have not responded due to purdah, but it is expected there will be a response soon.

The next Ramblette [with updates] will take place on Saturday January 4 2020 from the Plough in Ifield Village at 11am (return at 1pm) – a short walk to the Willoughby Fields Local Nature Reserve.

“The proposals from the developer/Homes England would have to be assessed against the policies in the relevant Local Plans.

“The vast majority of Homes England’s emerging development proposals is on land outside of Crawley, in which case policies in the Horsham District Planning Framework would apply.

“For any development on land within Crawley, the policies in the Crawley Borough Local Plan apply, and currently these would include Policy CH9: Development outside the Built Up Area Boundary; Policy ENV2: Biodiversity and Policy ENV3: Local Green Space, amongst others.

“No detailed proposals have been submitted for determination through the planning system, and currently it is not possible to say whether a development would be contrary to Policies ENV2 or ENV3. The protection and enhancement of the Local Green Space and the Local Nature Reserve, as well as the ancient woodland, and other biodiversity and recreation open space features within Crawley’s administrative boundaries would be fundamental in any assessment of development proposals which could impact on these.

“In terms of Policy CH9, this applies only to land within Crawley, and would be relevant should built development be intended to extend into Crawley. The policy does not prevent development outside the built-up area boundary, rather that it would need to be designed to respect the countryside landscape character.

“For Homes England’s proposals within Horsham’s boundaries, we understand that the Horsham District Planning Framework currently would not support significant development in the countryside. However, Horsham District Council is in the early stages of reviewing their Local Plan, part of which will involve  consideration of whether or not to allocate new strategic housing sites. Should this land be allocated through the Horsham Local Plan review, then the new policies in that Plan would need to establish the policy position for this. The Horsham Local Plan Review will be subject to public consultation and independent examination”. 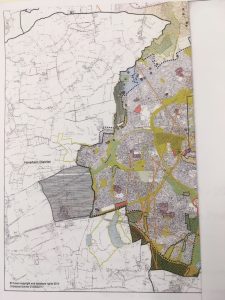 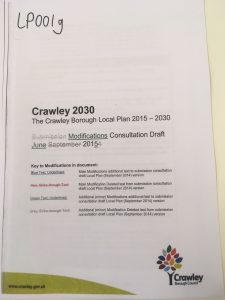 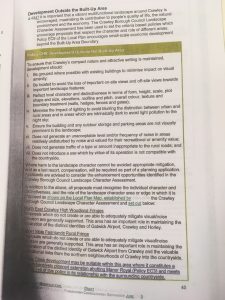 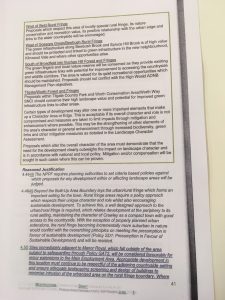 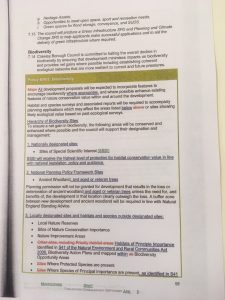 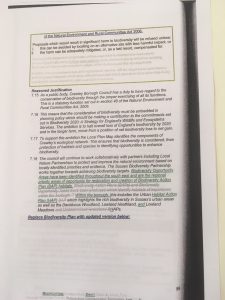 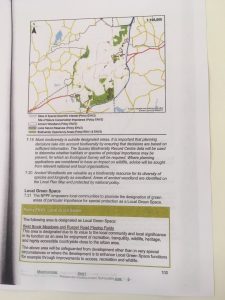 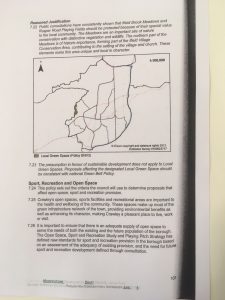