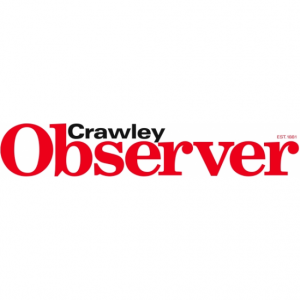 No completion on sale of golf course for development 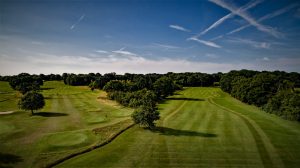 Homes England has so far failed to buy land at Ifield Golf Club, which forms part of its plans for 10,000 homes west of Crawley.

Rather than giving those opposed to the massive development a reason to celebrate, the lack of a sale is little more than a blip for the government’s housing agency, which still aims to buy the 160-acre site.

Project director Ken Glendinning said: “Homes England were unable to complete the acquisition before the end of our financial year.

“The acquisition will be included in our future investment plans.

“The development at West of Ifield will take over 30 years to complete, so the current delay, should not have a long-term impact on the provision of much-needed local homes.”

If the scheme gets the go-ahead, it would add three new neighbourhoods to the 14 that already make up Crawley, with 35 per cent of the new homes classed as affordable.

There would be primary and secondary schools, community facilities, up to 50 per cent green space and a western relief road.

There has been vocal opposition to the development, with Crawley Borough Council openly opposing the plans.

The scheme rests on whether Horsham District Council will allocate the site for housing in its Local Plan, which will guide development in the area up until 2036.

While the draft plan is scheduled to be consulted on this autumn/winter,  leader Ray Dawe has written to the Secretary of State asking for ‘more flexibility’ with the timetable given the ongoing Covid-19 pandemic.

Dear Editor
The Chairman of Ifield Golf and Country Club [IGCC] writes in a recent Newsletter to members:
“IGCL [Ifield Golf Club Limited] have issued a statement making clear that the purchase of the golf course land is not going ahead at the present time. Homes England have said that the deal is on “pause” due to the uncertain times we are currently going through…Therefore, in the absence of the deal happening, IGCL will continue to be our landlord…We will continue to contest the planning for housing on our golf course”
So, has a major battle against the developer Homes England – who plan to build 10,000+ houses within this ancient Parish [of which Ifield Golf Club was “the first phase”] – been won?
No.
Using a cricketing analogy, it is simply a case of ‘Rain Stopped Play’.
‘The Battle for the Soul of Ifield’ will re-commence when the rain has stopped – that is, when the Virus crisis is over.
Yours sincerely
Richard W. Symonds
The Ifield Society