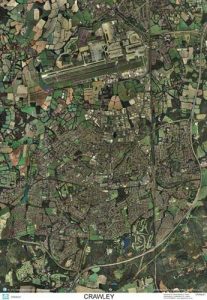 Heathrow and Gatwick airports are facing multimillion-pound business rates bills, despite the coronavirus pandemic having grounded aircraft and sent their incomes plummeting. The airports are among thousands of UK companies set to appeal their rates bills on the basis that the pandemic has materially changed their circumstances.

Heathrow airport owes £113.2m for the current tax year, the highest of any site in England and Wales, according to an annual review of business ratepayers by Altus Group, a real estate adviser.

Gatwick, whose major customer Virgin Atlantic is to close its operations at the airport, faces the next biggest bill at £29.2m.

Business rates, which are paid to local councils, are calculated on the basis of rateable values — effectively an estimate of a property’s rental value at a given date. Rateable values are set according to rents on April 1 2015.  But the economic downturn caused by coronavirus has made those values redundant, argue property owners.

The £113.2m rates bill is based on “a world in which people flew”, Heathrow said.

“Covid-19 has decimated our industry — our passenger numbers are already down 97 per cent and quarantine will come into effect in June. If the UK government wants aviation to be able to help play a role in rebuilding our economy, it must now act and give our sector a fair deal just as it’s done for others,” the airport added.

Stewart Wingate, chief executive of Gatwick Airport, said: “We are asking for a national system of business rate relief for English airports, administered by the government, so that we receive the same exemptions as other businesses to help us in our hour of need to protect jobs and to help us restart vital connections for business, trade and tourism.”

He added: “We find ourselves in the situation where governments in devolved nations in Scotland and Northern Ireland have provided airports in their jurisdiction with rate relief, giving them an unfair advantage over airports in England.”

Although the UK government has extended rates holidays to retail, hospitality and leisure businesses, some sectors have missed out. “They haven’t got infinite money and can’t protect everybody. You have to decide who wins and who loses,” said Robert Hayton, head of UK business rates at Altus.

High-end department stores Selfridges and Harrods, typically two of London’s biggest ratepayers, are eligible for the rates holiday, saving them £17.7m and £17.1m respectively. Goldman Sachs, meanwhile, faces a £14.4m bill for its new £1bn headquarters in the City of London. The payment holidays will reduce rates receipts in England and Wales by almost 40 per cent, from £26bn in the 2019-20 financial year to £16bn in 2020-21, according to Altus.

That shortfall in council income will be made up by central government. Thousands more businesses are pushing for a reduction in their bills on the basis of exceptional circumstances — a loss of income that would be borne by councils. Altus has launched appeals on behalf of more than 25,000 companies requesting cuts in their rateable values. Those reductions could last for years, said Mr Hayton. Income from business rates accounts for about a quarter of council spending power, said Richard Watts, who chairs the Resources Board for the Local Government Association, a cross-party grouping representing 335 councils. Any hit to business rates receipts “means vital resources being diverted away from stretched local services, such as caring for the elderly, supporting businesses and boosting local growth”, he added.