Property developers connected to major construction projects approved by Boris Johnson when he was mayor of London have donated almost £1m to the Conservative party over the past year, the Guardian can reveal.

Analysis of public records shows a significant cash injection from property tycoons linked to developments, including blocks of luxury flats with no affordable housing, which were signed off by Johnson and his deputy, Sir Edward Lister, who oversaw planning.

Richard Desmond, the former owner of the Daily Express, is among the donors, along with the billionaire Reuben family and the Mayfair-based property firm Delancey owned by Eton-educated Jamie Ritblat.

There is no suggestion of any wrongdoing, but the fallout over a decision by the housing secretary, Robert Jenrick, to approve Desmond’s controversial £1bn development in east London has attracted scrutiny of the relationship between wealthy property developers and senior Tories.

Details of the donations have emerged as both Johnson and Lister, now a senior Downing Street adviser who is reportedly in the running for a peerage, face questions about their ties to Desmond amid “cash for favours” allegations.

Downing Street has refused to disclose Johnson’s contact with Desmond since becoming prime minister after it emerged the tycoon had donated £12,000 to the Tories, two weeks after Jenrick approved his proposed development. Jenrick has since reversed his decision after conceding it was “unlawful by reason of apparent bias”. Desmond has said the donation was too small to be significant.

A spokesperson for the Conservatives insisted all donations were transparently declared and complied fully with the law. A Downing Street spokesman said all planning decisions by Johnson and Lister “were made with due process and a fair hearing in line with public law principles” and “any of suggestion of improper conduct is untrue”. “Party political matters are never a material consideration in planning,” he said. 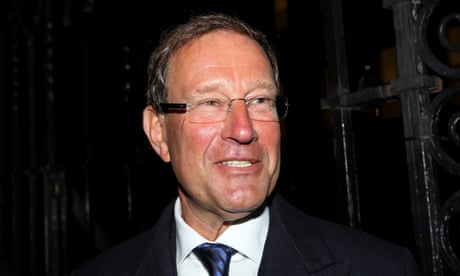 City Hall originally approved Desmond’s proposed development on the Isle of Dogs in May 2016 after Johnson took control of the application, which Tower Hamlets council had rejected. Applications for the other developments connected to the latest crop of Tory donors were not formally taken over by the mayor, but proposals were referred to City Hall by local planning authorities for his approval.

In April 2016, for example, Lister signed off on the redevelopment of Millbank Tower in Westminster, backed by David and Simon Reuben. The brothers, who made much of their fortune trading metals before building a property empire, are the second richest family in the UK with an estimated £16bn fortune, according to the Sunday Times.

In November 2019, shortly before the general election, the Conservatives received £200,000 from a company co-owned by the brothers, European Land & Property, latest Electoral Commission data shows. The company was behind a separate development in Paddington, a 34-storey tower offering “the height of luxury living” that Lister progressed in 2011.

David Reuben’s son Jamie Reuben who is involved with the brothers’ business affairs, donated around £580,000 to the Tories between October 2019 and March 2020.

A spokesman for the Reuben family said the brothers did not discuss either application with Johnson or Lister. The family’s donations “were made long after planning decisions had been made and were completely unrelated to them”, he said.

The Electoral Commission data also shows Ritblat’s Delancey donated £100,000 to the Tories in December. Ritblat is the son of another high-profile property magnate, Sir John Ritblat.

Delancey held several meetings with Johnson’s City Hall over a range of developments. The firm and its partners, Qatari Diar, bought the former Olympic athletes’ village in Stratford in 2011 as part of a reported £500m deal that Johnson championed. Lister signed off on Delancey’s plans for the former Olympic media centre in 2014.

Internal emails obtained by the Guardian through a freedom of information request show Delancey met Lister a number of times to discuss their projects, including the Elephant and Castle shopping centre.

In September 2013, two days after a dinner with Delancey, Lister set up a meeting between officials and senior executives at the firm to provide it with reassurance about the tube station at the site, the emails show.

“I have agreed a meeting in two weeks’ time to try and push them to make the commitment!” Lister wrote. “This will be good news if we can pull it off.”

Three months later, Delancey and its investment partners completed a deal to acquire the shopping centre. The scheme, which has received significant opposition from local businesses and residents, was eventually signed off by the current mayor, Sadiq Khan, in 2018.

He insisted discussions with planners were in line with normal practice for any developer considering a major regeneration project. Irrespective of the political affiliations of the mayor “it is incumbent upon Delancey to deal with and have a working relationship with whoever is in office”, he said.

Asked whether Ritblat had spoken to Lister since he entered Downing Street, the lawyer said: “Jamie Ritblat has spoken to Sir Edward a number of times during lockdown. He was asked to provide Sir Edward with some practical insight into the issues facing the real estate market in light of government lockdown because of the current pandemic.”

Other developments Johnson gave the green light to include 22 Bishopsgate, a skyscraper in the City of London developed by a property business co-owned by Sir Stuart Lipton. Lipton donated £8,500 to the Tories in January. A spokesman for Lipton said the donation was “made entirely in a personal capacity and had nothing to do with his wider business interests”.

Separately, the data also shows a return to political giving by Nick Candy, one of the wealthy Candy brothers, who contributed £100,000 to Tory coffers in March 2020. The Candy brothers have worked together in London’s high-end property market for decades.

A spokeswoman for Nick Candy said, however, that contrary to reports in 2013 he was not involved in a proposed luxury development near the Tower of London that Johnson had signed off in May 2013. She said SQ Guernsey, the company which bought the site for £34m, was a subsidiary of CPC Group which is 100% owned by Christian Candy, and that “any suggestion that Nick Candy has anything to do with the Sugar Quay project, despite previous media reports, is false”.

She also said: “It is entirely false to state Nick Candy’s donation to the Conservative party in March 2020 was in any way connected to City Hall’s planning approval for Sugar Quay over seven years ago, or that it was connected to any other development project that was granted planning permission while Mr Johnson was mayor of London.”