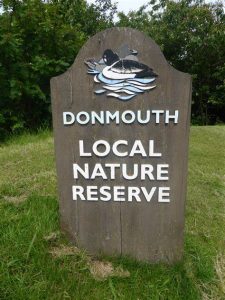 A GREEN space which was put forward for a major housing development will instead be preserved as a nature reserve.

Hyde New Homes, who own the land, previously proposed to build more than 450 homes at the 70 hectare site at New Salts Farm in Shoreham.

The developer’s plans were deemed unsuitable in 2016 due to the risk of flooding.

Adur District Council has announced it will now step in to purchase the land with a commitment to preserve it as a natural habitat.

The council plans to fund the acquisition through the sale of the former Adur Civic Centre, where Hyde New Homes is working with the local authority to bring forward designs for 173 new homes and 1,000sqm of office space.

Cllr Neil Parkin, leader of Adur District Council, said: “New Salts Farm plays an integral role in the look and feel of our whole district, acting as a vital green corridor between our vibrant coastline and the surrounding South Downs.

“That’s why I’m delighted we have been able to be creative and proactive in exploring ways to protect and enhance this land for generations to come.

“If agreement is reached on purchasing the site, our ambition is to work with the local community to rewild the area. This will support our very ambitious sustainability agenda and go some way to helping us achieve our target of becoming carbon neutral by 2030.”

For centuries the land at New Salts Farm was used for agriculture, acting as a natural barrier between the urban settlements of Lancing and Shoreham.

Councillors are expected to approve the purchase at a meeting next week and allocate it as a dedicated nature reserve within the Adur Local Plan. Some of the land could also be set aside for capturing solar energy.

The site is just south of the construction site where 600 homes and an Ikea store are being built.

Cllr Parkin added: “We all know there is a high demand for housing in the area. While we are determined to support the creation of as much-needed high-quality accommodation, this should not come at a complete cost to the natural environment.”

East Worthing and Shoreham MP Tim Loughton said: “At a time when people have been concerned about the level of new development taking place around Shoreham Harbour, this is a welcome reprieve for our diminishing green spaces.

“We need to enhance our natural ‘green lungs’. If this can be combined with opportunities for people to exercise and get out more there will be a double whammy for residents and the environment.”