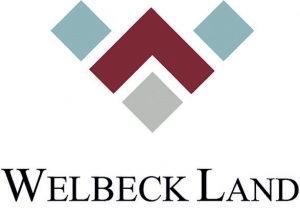 FROM THE ARCHIVES [2012] – ‘THE BATTLE FOR THE SOUL OF IFIELD AND BEYOND” – PARISH OF IFIELD vs WELBECK LAND – “ACT FAST, DECISIVELY, FEROCIOUSLY, LEGALLY AND TOGETHER AS A COMMUNITY”

Welbeck Land, a property development group, is hoping to raise £100m in new equity, part of which will fund efforts to obtain planning consents for farmers – to increase the value of each acre from £5,000 to more than £2m – in parts of Sussex. In return, Welbeck will receive 20 per cent of the profits when the land is sold, said Alistair Watson, managing director.

“We’d like to step in where the housebuilders were. We won’t build the houses, but we will obtain the planning consent, so the land can be built on,” Watson said.

“A WALK ON THE WILD SIDE ” – IFIELD BROOK MEADOWS – GATWICK

That is a somewhat misleading statement from the Labour councillor.

The flooding around Ifield Brook in recent years is due to CBC’s neglect to properly maintain the drainage systems and ditches in the immediate area, and remove the build up of silt in the river Mole.

(PS. I am in support of Ifield Brook Meadows becoming a nature reserve as part of a wider development of the area).

These leaflets are no longer available, but Cllr Peter Smith (Lab, Ifield) – with others – are making attempts to right that wrong.

Also, there is a copy of ‘The Millers Trail’, a Crawley Museum Society leaflet produced in conjunction with the Gatwick Greenspace Partnership.

The “Greenway” (Ifield) leaflets have not been printed for some years, and are no longer available. But, in an attempt to encourage walking in Crawley, GGP (in partnership with
CBC Community Services) undertook a review of walking in Crawley.

As the Greenway was so long – and some parts uninteresting – recommendations were made to replace the single route with a series of shorter, circular routes more relevant to residents of the various neighbourhoods.

GGP, who also lead many health & education walks each year, researched a number of local possibilities and developed 12 routes which cover the major areas of interest
throughout the borough. These are posted on the council’s website:
http://www.crawley.gov.uk/pw/Leisure_an … /index.htm.

‘Ifield to Charlwood’ features as one of these walks.

“Until 1885, Ifield Village Green was common land on which various villagers had grazing rights; and it was also used for recreation.

“In 1855, an Inclosure Award entitled inhabitants of the Parish of Ifield to use it as a place for exercise and recreation, at all times of the year.

“The Award required Boundary Stones to be placed on the Village Green, one of which still remains.

Dangerous government plans are threatening our countryside again. David Cameron and George Osborne are planning to tell local councils to ignore rules that protect the green belt: the area of unspoiled countryside around many of our towns and cities. [1]

Cameron and Osborne are under pressure to tackle our economic problems. But sacrificing our green belt just to keep developers happy isn’t the right solution. Instead of doing something brave to address the crisis – like standing up to the banks, or telling big companies to pay their fair share of tax – they’ve kicked off plans to pave over our countryside.

With Conservative Party conference coming up, Osborne and Cameron can’t afford another public outcry over an unpopular policy. Their own party is already putting them under pressure. So if tens of thousands of us tell them now to ditch the plans to chip away at the green belt, we know there’s a good chance we’ll stop them in their tracks.

Add your name to the petition to tell the government – please protect the green belt:
https://secure.38degrees.org.uk/protect-green-belt

Scrapping these protective rules would mean big developers could bulldoze and build over the green belt in months. [2] If we lose these green spaces, we’ll never get them back. The green belt was created to make sure we didn’t lose the English countryside as towns and cities grew. [3] Now, that’s exactly what might happen.

Our countryside is one of the things that people love about England. It’s inspired authors, artists and musicians for centuries. Every year, tourists come from all over to enjoy it alongside the people lucky enough to live there all year round.

Stand up for the countryside we love – tell the government to protect the green belt:
https://secure.38degrees.org.uk/protect-green-belt

38 Degrees have proved time and again that people-powered campaigning can protect the things we know are precious. We’re telling the government to make sure school playing fields aren’t lost. We stopped our forests being sold off. We stood up for the NHS. [4] Now it’s time to do the same for green spaces around our cities:
https://secure.38degrees.org.uk/protect-green-belt

Thanks for being involved,

KILNWOOD VALE (WEST OF BEWBUSH) & WEST OF IFIELD (GOLF CLUB & BROOK MEADOWS) – WELBECK LAND
viewtopic.php?f=20&t=250&start=10Henfield Village vs Welbeck Landhttp://henfieldpreservation.org/MARK LOWE – THE QC REPRESENTING WELBECK AT THE HENFIELD INQUIRYhttp://cornerstonebarristers.com/barrister/mark-lowe/“VILLAGE VERSUS GIANT COMPANY AT INQUIRY”, WEST SUSSEX COUNTY TIMES (SOUTH DOWNS EDITION ONLY), FRONT PAGE & PAGE 3, SEPTEMBER 6 2012 – REPORTER JEANNIE KNIGHT jeannie.knight@sussexnewspapers.co.ukCarol Eastwood of Henfield’s Own Preservation Society told the planning inspector on Tuesday : “Submitting two identical applications, in an attempt to manipulate the (democratic – ed) planning system is known as ‘Developers’ Two-Step’. Henfield residents do not intend to dance to this tune, and urge you to reject this opportunistic appeal”.“INVESTIGATION HELD INTO COMPLEX APPEAL SAGA”, WEST SUSSEX COUNTY TIMES (SOUTH DOWNS EDITION ONLY),
SEPTEMBER 13 2012 – REPORTER JOSHUA POWLING joshua.powling@sussexnewspapers.co.ukA meeting of Horsham District Council’s own Scrutiny & Review Committee had been called to look into a complex situation…Delays in producing vital reports…were alleged…to have been the main reason for a costly public inquiry…non-determination of the initial application, which led to the appeal (by Welbeck – Ed)…the application had not been dealt with within the statutory three-month period….They (Welbeck – Ed) then submitted a second identical application, saying if it was approved, then they would remove the appeal.Philip Circus (Con, Chanctonbury) said…”As a lawyer, I’m used to trying to understand complicated things. But this fails me”Brian O’Connell (Con, Henfield) said…”There’s something not right here”

I’m hearing rumours freemason property developers Welbeck are launching yet another covert offensive to build 3,500 houses within the ancient Parish of Ifield. If rumours are well-founded, Ifield Brook Meadows is still far from safe – and a Local Nature Reserve (LNR) is even further from becoming a reality.

Counter-offensive is in place this time. Now we wait…

Section 3.7 of the Consultation Document highlights that, following the Core Strategy Consultation process which took place in September 2009, Horsham District Council issued a press in the Spring of 2010 stating that “attention would be focused on a ‘short list’ of site options..” and that the Council “… will now focus its attention on sites West of Ifield, North Horsham, West of Southwater and East of Billingshurst..”

The press release went on to highlight a statement by Cllr David Jenkins, Cabinet Member for Strategic Planning at Horsham District Council at the time, who said:

“We indicated our commitment to a thorough public debate on the issues and options available to us at the early stages in the process. As a result of the response to the Consultation Document and our further assessments we have been able to refine our initial assessment process and indicate those options on which we now need to concentrate our attention. I am convinced that this is the appropriate way forward and, although not everyone will be happy with the position reached, it may help to allay the fears of some residents in those areas where we are not now looking to proceed with further studies.”

One section of this chapter of the consultation document is entitled “What we asked you and what you said”. The documents have highlighted the issues presented to residents of the District, but despite the title of the section, have made no mention of “what we said”, which was a resounding NO to further large scale housing development.

Once again, it would appear that Horsham District Council have decided to sweep this
‘inconvenient truth’ under the carpet.

What is interesting are the comments made by Cllr David Jenkins, in relation to the public consultation process. When reading Cllr Jenkins’ statement, it should be remembered that of over 1,500 comments raised in relation to the potential strategic development site options during the Autumn consultation period, over 800 were objections to the inclusion of Billingshurst in the Core Strategy Review.

What totally surprises me is why none of these objections, the vast majority of which
were based upon thoroughly researched, evidence based arguments, appear to have been given any credence.

In my opinion, public consultation is only valid if the comments submitted by the consultees are given due consideration.

Can I assume that this current consultation exercise will be equally questionable in its outcome? When previous consultations have taken place Horsham District Council appears to have totally disregarded local opinion and continues to doggedly pursue its pre-determined course of action.

May I recommend all ‘Ifielders & Beyond’ – who love living, working, playing and/or rambling in this area – to read West Sussex County Times (Horsham Edition) tomorrow – Thursday September 27 – as it relates to Ifield Brook Meadows (with its proposed Nature Reserve in the ancient Parish) & the West of Ifield developer plans (with its proposed 3,500 houses in the ancient Parish).

Read carefully – and then act according to conscience.

It appears the Welbeck developers have covertly re-launched another monstrous ‘attack’ to build 3,500 houses within this ancient Parish.

If so, we are ready to act – fast, decisively, ferociously and legally – together as a community

Your aerial map is ‘icing on the cake’ – and clearly shows the preferred HDC development site ‘encroaching’ on CBC’s “Beauty Spot” (& proposed Local Nature Reserve-LNR) – Ifield Brook Meadows).
http://m.facebook.com/TalkIfield?src=email_notif
An investigation of this outrage is under way, as I write.

An Ifield Society Ramblette will now be organised for Saturday October 6 from the Plough in Ifield Village at 11.00am – and a “Lunchette” in the Plough – from 12.30.

All who care about Ifield Brook Meadows, and local democracy, are very warmly welcomed to either event – or both.

Thank you again for your coverage.