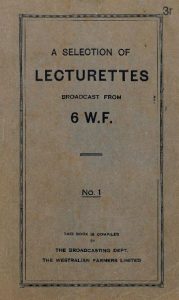 [David Moon – Winner of the Crawley Community Awards in 2016 and Ifield Society’s Co-Founder in 2000]
David does not own a computer – and has had no wish to do so ever since I’ve known him – but he delivered this [now transcribed below] in the heartfelt hope people will listen to what he has to say.
Richard W. Symonds
The Ifield Society

“THE DEATH OF RURAL IFIELD?”

[OR, “THE DESTRUCTION OF THE ANCIENT PARISH OF IFIELD?”]

The building of ten thousand homes west of Ifield is now being proposed. Three thousand of these are planned for Ifield Golf Course, with no plans for the replacement of this very important local amenity.

This development, one feels, has as much to do with the high levels of London house prices, as it is with any Gatwick expansion. Both threaten the peaceful rural nature of this ancient Parish, whose history goes back for at least one thousand years and some of whose wildlife still persists in the remaining pockets of ancient woodland among the quiet fields.

All of this gives refreshment to those who love the countryside and value the peace and beauty that it offers, whether this comes from breathing cleaner air or walking the dog, or simply from watching the wide diversity of living creatures in the area.

Rural Ifield, to those in the know, contains more than one-third of Britain’s longhorned beetle species, some of Red Data Book importance. There is also an abundance of butterflies in variety, some of which are nationally local in their distribution, such as the Brown Hairstreak. Many bird species here are already in decline; these include the Skylark, Grey Partridge, Reed Bunting, Willow Tit, Kingfisher, Tree Sparrow, Little Owl and Nightingale, all of which could once be seen some time during the year in this area, but which are now much scarcer or have gone altogether.

A new township on what is Horsham District Council land, with from 30 to 40 thousand more people living in this once-rural area, would place much greater pressure on Crawley facilities and bring with it all the additional needs and problems associated with any new community of that size – more road building, hugely increased volumes of traffic with its noise and air pollution, inevitably more crime and, therefore extra policing.

Building has already begun opposite Ifield Golf Course [The Maples – Ed] – and this new estate appears to be creeping northward towards the Ifield Brook Meadows Local Green Space [LGS] that we fought so hard to establish and protect. Discarded shopping trolleys were spotted in Ifield Brook only recently – at the Sept 7th Ramblette.

Ten years ago, large numbers of ugly ‘Private Land’ trespass notices were erected almost overnight across the green areas west of St. Margaret’s Church within the ancient Parish of Ifield, including land within the Crawley Borough Council boundary. These notices removed the right to walk along certain field paths used by generations of people (eg witness “The Miller’s Trail” – brochure leaflet on request – which dates back to at least the 17th century). Bridges were removed within Ifield Brook Meadows Local Green Space, once giving access to the woodlands along Ifield Brook – “probably the most beautiful short riverbank walk in Sussex”.

All of this was performed under the potentially-destructive ‘umbrella’ of the former Homes & Communities Agency (now, Homes England) which, only a few years later seemed to give it the right to strip out 300 metres of ancient hedgerow – just to the south of the small community of Ifield Wood. A fellow local naturalist was reduced to tears when she first came across this once-familiar, now-devastated area. This act of senseless destruction deprived many birds of their natural habitats and nesting sites, nectar-feeding insects of a source of food, and the safe shelter and passage of many of these creatures across the fields to other hedgerows and woodland. Not only this, but the lower branches of the old oaks along the hedgerow were torn down and burned beneath the trees, killing some and damaging others by scorching their trunks. As a consequence of these activities the number of longhorn beetle species plummeted from around 20 kinds to only 3 or 4 because of the great loss of habitat. What else was lost? Now the wind blows unabated across the large open spaces.

I always believed that the law of the land gave one the right to walk field paths if they have been used by at least 20 people for at least 20 years; also, that it was against the law to remove ancient hedgerows. There appears to be one law for some, and not for others, where profit is involved.

This nightmare vision for our local countryside is a very undesirable exchange for a rural landscape of much greater spiritual value; but unless we fight to retain it, it will certainly be lost to these powerful and destructive agencies.