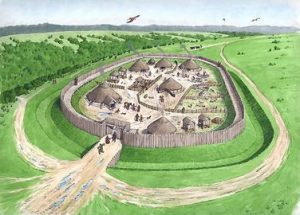 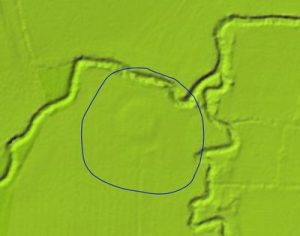 Here [above] is the possible round barrow, as seen on a LIDAR survey.
The two jagged lines are Ifield Brook (on the right) meeting the Mole (on the left) This is the northern end of the field immediately after the footbridge over the brook on the path up to Ifield Wood & Ifield Court via Druids.
I say possible round barrow. It could equally be the remains of a small Motte or even a windmill base, with the ‘ditch’ worn by years of the wheels that help to spin the windmill so that faces the right direction. I’m sure it will be subject to a proper excavation in the near future – Ian Mulcahy 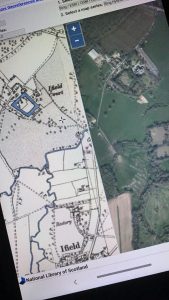 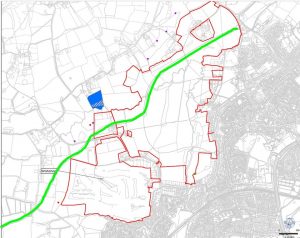