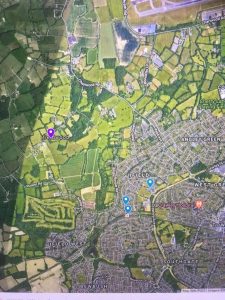 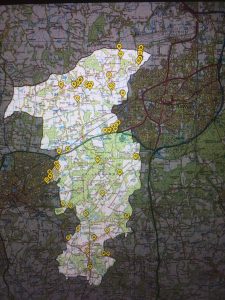 The Horsham District has a high quality and valued landscape. The southern part of the District is within the South Downs National Park and the High Weald Area of Outstanding Natural Beauty covers the north eastern area. It also has numerous sites that are protected because of their value to wildlife. This ranges from international sites such as the Arun Valley Ramsar site with a significant diversity of species, through to Sites of Special Scientific Interest like St Leonard’s Forest and numerous locally important areas, such as Woods Mill, in Small Dole and Chesworth Farm, near Horsham.

The wider countryside also contains a wide variety of habitats that support numerous different species. The mapshows the protected and important habitats found in the Horsham District.

One of the main challenges is that habitats (whether they are protected or not) are becoming increasingly fragmented and isolated from each other. This does not allow species to move around, making wildlife less resilient to change; such as changes in land management or the climate.

We see Wilder Horsham District as an opportunity to demonstrate how a District Council and a Wildlife Trust can work collaboratively to progress the wildlife agenda at a meaningful district level.

Together we can demonstrate how a Nature Recovery Network can be delivered with local people, communities and organisations all playing their roles. We want to see wildlife thrive throughout the district for residents and for all residents and visitors to enjoy the benefits.

The Council recognises that the natural world is under increasing threat. Wildlife that was once familiar in the Horsham District is now rare.

This new partnership with the Sussex Wildlife Trust aims to reverse this decline. It builds on the strong relationship that the Council already has with the Trust, to make a real change in how we use our natural heritage and our environment.

Both organisations want to work with local landowners, community groups and organisations to enhance the District’s natural world, so that species and habitats thrive to benefit everyone that lives and works in the area.

Previous
Wilder Horsham District: Partnership actions
My name is Sam Raby and  I am standing as the Liberal democrat candidate for St Leonards in the County elections.
There is a huge amount of development proposed in the area and I am particularly concerned about the damage to wildlife and to people’s access to well loved green space.
I see that the West of Ifield scheme is something that you as an organisation have huge concerns about.
I would like to know more about this, so that I can campaign to protect the most valued green spaces from over-development.
Please feel free to email me samrabyld@gmail.com or call me on  07833568101
Kind regards
Sam Raby

Many thanks for your email.
We, like you, are “particularly concerned about the damage to wildlife and to people’s access to well loved green space” – especially as it relates to Homes England’s £3bn proposal for 10,000 houses ‘West of Ifield’ [which includes Ifield Golf Club within the ancient Parish of Ifield].
Having “huge concerns” is an understatement [eg see letter in WSCT this week: “Vague promises won’t solve this”, March 4].
If you are able to “campaign to protect the most valued green spaces from over-development” that would be tremendous, but I fear your Lib Dem leadership at Horsham District Council have other ideas, as they appear to be publicly supporting the monstrous Homes England development.
Best of luck in the local elections.
Kind regards
Richard Symonds
The Ifield Society
Thanks for your email.  Unfortunately as a party are unable to control planning as we have total Conservative control at all levels.
The central planning targets from Westminster are totally unrealistic.
The decisions about Horsham district are being made by a Tory cabinet who all live in and represent the wards in the south of the area.
It means that the North of Horsham has taken the overwhelming number of new houses built.
I live in the area and will be advocating for  a reduction in building north of Horsham and for more protection for green space for people and protection for wildlife and biodiversity in plans that go ahead.
Kind regards
Sam

Thanks Sam, but it still doesn’t explain the Horsham Lib Dems hierarchy open support for destroying West of Ifield and Golf Club with 10,000 houses [within the ancient Parish of Ifield] in a monstrous £3bn proposal.

I am sure you are aware of the Homes England “consultation” sessions planned on-line for the 18th, 19th and 20th of this month?
All best in your election endeavours.
Richard

I am not happy with statements of support for the scheme. No one wants development on their doorstep but the west of Ifield development dwarfs all the other proposals. I totally understand the opposition in Crawley and Ifield to the scheme and I will make sure that is heard and understood within the Local party.

With Gatwick at a standstill and over a million EU citizens having left the UK, the housing formula already deeply flawed is now totally out of date. There is no justification  for a scheme of this size. It is totally unfair that building is so concentrated in the north of West Sussex between the green belt and the High weald AONB. I will be campaigning on this issue.
Kind regards
Sam 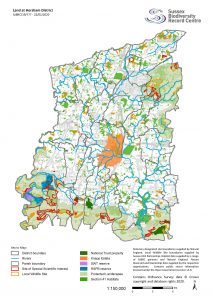