Henry,To be clear, Homes England are a planning authority. Even if we were to ignore the powers provided by earlier legislation, this is stated explicitly in the Housing and Regeneration Act 2008 which set up the Homes and Communities Agency, of which ‘Homes England’ are just a re-branded version.The Secretary of State does have powers to intervene here. At the very least, they can refuse the designation order they would need to act as a planning authority for West of Ifield (again, it’s in the 2008 Act), they also has the power to ‘call-in’ any application to consider it themselves, which would prevent Homes England from going around the process under any earlier legislation: https://publications.parliament.uk/pa/cm201213/cmhansrd/cm121026/wmstext/121026m0001.htm#12102628000003This isn’t theoretical, Homes England’s last Chief Executive said to Crawley BC’s Chief Executive that they could award themselves planning permission if we didn’t co-operate. That is certainly something which as a local representative I take seriously.Rather than going around in circles and guessing or what may or may not happen, I think people have a right to clarity on what actions the Government will allow their agency to take West of Ifield. You have the power to submit written questions, all it would take would be a question to the Secretary of State seeking to answer whether or not he would permit Homes England to go around Horsham DC on this and what action he might take in the event that they sought to do so.Many thanks,PeterCllr Peter LambLeader, Crawley Borough CouncilE:  peter.lamb@crawley.gov.ukM: (+44)7729 167084

Thanks Peter, I’ve now read the relevant section of the 2008 Housing & Regeneration Act and you are correct in Homes England having the power to act as a planning authority, although that is explicitly not what they informed me when I specifically raised their seeking permission in a previous meeting I had with them.

I’m further following up with the Communities Secretary.

This is becoming scary stuff!

Homes England are clearly motoring on as if they already have consent!

They are apparently purchasing further land preparatory to a successful application before a draft Local Plan has even been put on the table!

They are acting as developers who have the development in the bag!

They are spending taxpayers money on a project for which they do not currently have consent.

Homes England are proceeding as if they already have authorisation to carry out this unwanted development.

Obviously they can not have anti-democratic information that their proposed development is secure. That being the case, they are spending public money on a speculative development.

Is this speculative expenditure authorised and if so, by whom?  Is it a subject for Public Accounts Committee or Taxpayers Alliance scrutiny?

If Homes England are arrogantly prepared to boast of their ability to ride rough shod over a local authority if it does not co-operate, surely this is becoming a National democracy issue which should attract the attention of the Local Government Association!!

Again, if Homes England are prepared to walk all over a democratically elected local authority, is this a matter for presentation to the national press?

“Homes England are a public body so subject to audit and Freedom of Information Act requests, etc”

Henry – I think that you are aware that, unfortunately, Homes England have a poor track record of responding to Freedom of Information requests as I know from personal experience. They are experts in using exemptions in the Act to refuse to provide data requested of them. Around 2 years back I asked them to provide data from a traffic survey that they had conducted along Ifield Green and Rusper Road. They refused to provide the data citing “commercial sensitivity” as the reason for refusal. I know that at least one other FOI request has been made to them by another local resident and has also been refused.

As a public body they should be ashamed of themselves.

“As a public body they should be ashamed of themselves”

More than that, it is beyond bullying – and need to be ‘called out’ and made accountable and responsible for their actions…fast. 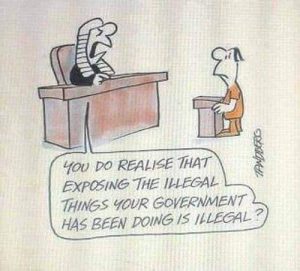