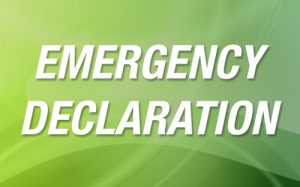 The Mayor of Bristol has announced that no homes will be built on a large green field site – less than a year after the land was sold for up to 300 homes to be built there.

Marvin Rees said that, if Brislington Meadows was built upon, the damage to the environment and ecology would be greater than the benefits of building new homes.

The announcement was made as part of Mr Rees’ re-election campaign as mayor, as Bristol goes to the polls in less than three weeks’ time.

Mr Rees said he was announcing the decision to not build on Brislington Meadows, and cited the ‘ecological emergency’ declared by Bristol City Council in February 2020 as ‘the key priority’.

Two months after that declaration, in late April 2020, the land was bought by Homes England, the Government’s housing agency.

That deal saw the parts of Brislington Meadows owned by Bristol City Council, and the parts owned by London investment firm Olympia & Hammersmith, both sold to Homes England, which would then work on plans for as many as 300 homes on the fields.

Mr Rees said he had now determined that the impact developing the land would have on the natural environment and wildlife is ‘too great, as the ecological importance of the area became clear’.

“Tackling them both at the same time isn’t mutually exclusive – and of course, we can only meet our climate targets if we continue to build eco-friendly homes and retrofit our houses so they’re more energy efficient,” he added.

“We were the first council to declare an ecological emergency. Brislington Meadows region is rich in biodiversity and supports a thriving ecosystem – we’re protecting our natural environment, while delivering on our housing goals.

“The meadows were included in a housing plan in 2014 before we fully understood the size of the ecological crisis. Working with Avon Wildlife trust and other city partners, we are reviewing the plan against the ecological need,” he added.

“We’ve tripled affordable housebuilding and built 9,000 homes since 2016, with thousands more in the pipeline. But in the case of Brislington Meadows the disadvantages of developing the site outweigh its advantages,” he added.

The news was welcomed by environmentalists in the city. Ian Barrett, Chief Executive of Avon wildlife Trust said: “Brislington Meadows is an important habitat for wildlife, which provides vital access to nature for local people.

“As the city’s ecological emergency declaration shows, there is an urgent need to make space for nature to halt and reverse wildlife declines that are undermining the life support systems on which we all depend.

“The Trust welcomes all commitments to protect habitats and green space for the benefit of people and wildlife,” he added.

And the news was welcomed by Green Party mayoral candidate Sandy Hore-Ruthven, although he questioned the timing of the announcement.

“I’m pleased that after five years in office, the Labour Mayor has noticed there is an ecological emergency,” he said.

“However, they sold the land only a year ago – well after the declaration of the ecological emergency.

“The question is, will Labour stick to this promise or is this really electioneering? We have heard promise after promise about the environment but very little real action. We are committed to protecting our green spaces for our communities and wildlife”

The saga of Brislington Meadows

The city council first earmarked Brislington Meadows as a site for development back in 2014 under George Ferguson’s tenure as mayor, and ever since then there has been a local campaign against building on those fields, with people living around the large green field site pointing out it was a wildlife-rich oasis left undeveloped from farmland when post-war expansion of Bristol to the south east took place.

A campaign group was formed to contest the plans, and regularly reported seeing surveyors on the land preparing plans for homes over the past few years.

Bristol City Council had been trying to buy the land from the London-based investment company to develop it itself for years, and when the deal with Homes England was announced in April 2020, the then-cabinet member for housing Paul Smith described it as a ‘very sensitive site’.

“We owned the access where the roads would go in but the fields were owned by Olympia & Hammersmith,” he said at the time.

“We entered into negotiations for quite a long time but they were not that interested in selling the land.

“Then last year Homes England told us they could buy the land and that the affordable housing could be council housing.

“That seemed like a good deal for us because we do not have to fork out any money but we could still be guaranteed the social housing on the site and we would get a capital receipt for our two bits of land, the access points, to pay for the housing.

“Homes England found the negotiations with the investment company hard-going but they have announced that they’ve managed to purchase the site.”

He said the development would have low-density housing because of environmental factors. “It is a very sensitive site because of the ecology and the open space that is available for people to use,” the then Cllr Smith said last year.

“This reduces how many homes you can build because you need to be sensitive to the issues.

“There was a lot of local opposition in 2014 when the council decided to build there, including from the late Labour Cllr Mike Langley who was very strongly opposed to building there, so we will have to do a lot of work with the local community to make sure we get something that is as acceptable as possible.”

In January this year, Bristol Live reported that Homes England were working up its plans for 300 homes on the Brislington Meadows, and anticipated submitting a planning application in August this year.

At the time, Homes England said that a public consultation it intended to hold with local residents on what they wanted to see as part of the development was going to be pushed back until after the May elections, because of rules rules which apply during the pre-election period, previously known as purdah, which prevent major announcements being made.

“Public consultation has been pushed back to the end of May due to the local elections in early May and the necessary period of purdah,” Bristol Live reported.

Brislington Meadows are in the Brislington East council ward, which will send two councillors to City Hall in the May 6 elections.

At the moment, one is long-standing councillor Tony Carey, who has switched from Conservative to Liberal Democrat since the last election, and the other is Tim Rippington, who won a by-election in January 2020 for Labour by just over 200 votes.

He said he was delighted at the news of the Mayor’s announcement.

“The area is a vital green space which is well used by local people as well as being a very important site for biodiversity,” said Cllr Rippington.

“I appreciate the need for affordable housebuilding across the city, and agree this needs to be balanced with our environmental and ecological commitments.

“I am delighted that we are going to protect this important green space, and I hope that other more suitable sites can now be found to enable us to meet our housing commitments in the future,” he added.

Brislington Meadows is the land left over and undeveloped as Brislington expanded with Broomhill to the north, the industrial estates to the south east and the residential areas of School Road to the west.

The site is still earmarked for development in the Local Plan, until the Local Plan is rewritten – something that has to go through a legal council process. 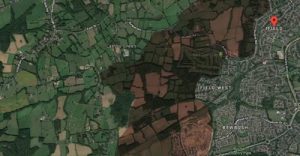 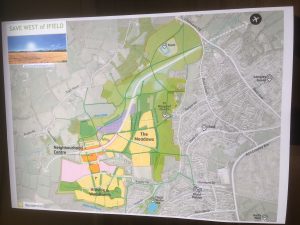