Boris Johnson’s legacy could be the concreting over of England 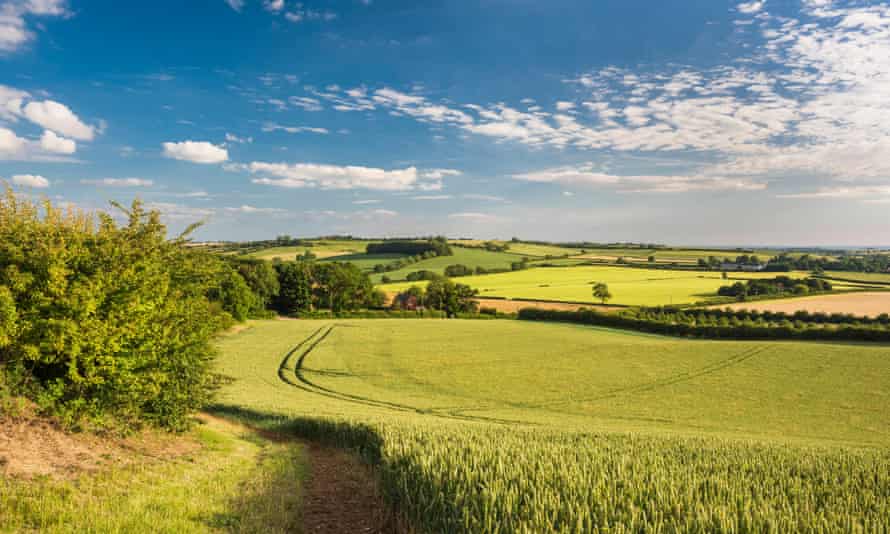 Under proposed new laws, communities could be stripped of their right to question planning applications once areas are targeted for expansion. Photograph: Michael David Murphy/Alamy

When we consider the likely effects of Boris Johnson’s administration over the next three years, and possibly beyond, it is easy to believe his achievements will be near or less than zero.

Looking back to his time as mayor of London, he wasted most of his first term dealing with arguments among his close lieutenants before procrastinating about which of his limited set of manifesto pledges he would implement. Only in his second term did he press ahead with the capital’s cycle superhighways – for many people his only visible achievement.

Yet taking a narrow view of his time as mayor would be a mistake. The skyline across London changed hugely during his tenure and much of Britain could follow suit with him at the helm in No 10.

It doesn’t matter that he spends his time dozing while he holds the tiller, or distracting himself with designer wallpaper. The winners in the battle to be his lieutenants can be trusted to get on with the job – which includes a particular form of wealth creation based on property.

It is not surprising that the scandals affecting the Johnson administration – setting aside his own personal troubles over flat refurbishments and a subsidised holiday in the Caribbean, and the vast scale of corruption affecting the purchase of PPE and other essentials at the beginning of the pandemic – involve property deals.

Reed connected the alleged agreement between Jenrick and Desmond, as many others did, with a modest £12,500 donation by Desmond to the Tory party a few days later.

It’s true that Jenrick was always going to bump into property developers at dinners and party gatherings; what is disturbing is how he fits in a pattern of behaviour that runs through the Johnson administration.

Edward Udny-Lister is another closely tied to Johnson’s coat tails. The former leader of Wandsworth council became chief of staff towards the end of Johnson’s first term as mayor and rejoined him as chief strategic adviser in Downing Street. Late last year he took over as chief of staff at No 10 following the departure of Dominic Cummings.

Property developers were never far away from City Hall and, to Londoners, it would seem construction projects were approved almost daily. The city is a sea of towers, most of them foreign owned and built without any requirement for affordable homes to be included.

An investigation by the Guardian found that several firms that succeeded in getting planning permission in London donated almost £1m to the Conservative party after Johnson became PM.

Lord Udny-Lister recently stepped down from his latest role as an envoy to the Gulf states after apologising for his failure to declare a conflict of interest that occurred when he approved a £187m loan underwritten by the taxpayer for a property developer he was being paid to advise.

An earlier investigation by the Times found that he was paid almost £500,000 by the Malaysian property company EcoWorld between 2016 and 2019 while he was also chair of Homes England, the housing authority charged with funding affordable homes.

To say that Britain is a giant property whirligig spun for the benefit of a closed group of Conservative party supporters is possibly overstating the makeup of the economy and its dependence on real-estate values.

But when so many agencies of the state have found their main job is to keep the housing market spinning, surely it is not such an exaggeration.

The Bank of England says it keeps interest rates at near zero to support small- and medium-sized businesses and the broader economy. But in truth it worries more about a fall in property prices, such is the power of a collapsing housing market to destroy consumer confidence and the balance sheets of high street mortgage lenders.

Huge numbers of baby boomers now own their homes outright and see the value of their property as a barometer of their lifetime achievement as much as a vehicle for inheritance.

Many of them like the view from their homes and refuse to sanction planning applications near where they live. Once called Nimbys – “not in my back yard” – for their disapproval of development in general, they are now the main target of this Tory obsession with property.

A new planning law will strip them of their right to question planning applications once areas are targeted for expansion.

Older Nimbys are already casting themselves as environmentalists in this new conflict. And good luck to them. The green agenda is a legitimate way to fight back.