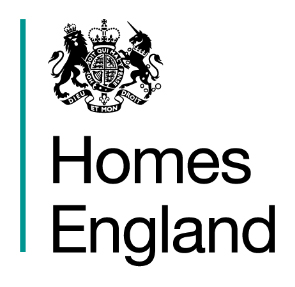 PLANS for 3,000 homes at an airfield in South Oxfordshire have been withdrawn.

The plans to build a new town at Chalgrove Airfield would have included shops, homes and schools.

But Homes England, a Government-owned housing agency, has withdrawn its proposals for the site from South Oxfordshire District Council’s planning office.

This followed comments from the Civil Aviation Authority, which suggested that no housebuilding should take place at the former Second World War Airfield while an ejector seat manufacturer was still based there.

That company, Martin-Baker, leases part of the airfield site from Homes England. 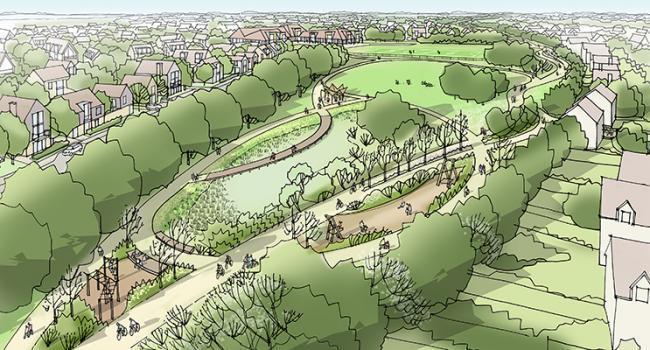 How Chalgrove Airfield, which Homes England wants to develop as part of SODC’s Local Plan, could look (pic: Homes England)

In a statement confirming the withdrawal, a Homes England spokesman said: “The outline planning application for the development of Chalgrove Airfield is being withdrawn to allow an amended application to be submitted to take account of comments from the Civil Aviation Authority’s airfield advisory team. This reflects Homes England’s commitment to safeguarding Martin-Baker’s operations at Chalgrove.

“The site is allocated in the South Oxfordshire Local Plan 2035, and the importance of creating a new diverse, connected and active community at Chalgrove to urgently meet the considerable housing shortfall and deliver significant investment for the area remains unchanged”.

A spokesman for South Oxfordshire District Council said they understood Homes England plans to submit an amended application ‘in due course’.

Martin-Baker, the business based at Chalgrove Airfield declined to comment.

Using Chalgrove Airfield as a place to build new homes has been contentious with local residents since it was first proposed as one of seven ‘strategic sites’ in the South Oxfordshire Local Plan.

Caroline Newton, the district councillor for Haseley Brook to the north of the airfield, said there were concerns about the lack of transport routes around the site: it is not built on a railway line, and new bus services would need to be created.

She added: “It seems to me this is going in the wrong direction when we need to be reducing car transport and using alternative methods of transportation.” 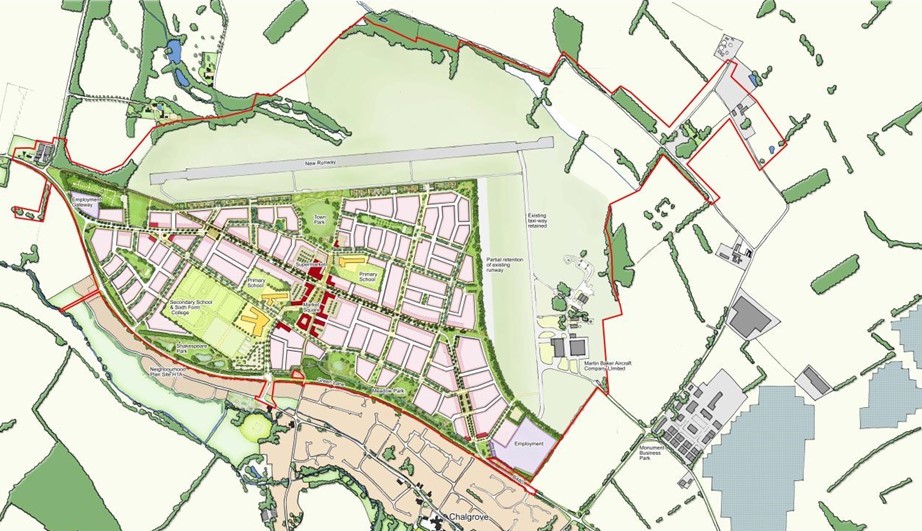 Plans for 3,000 homes at Chalgrove Airfield

Unlike all of the seven other sites in the plan, it is on brownfield land, which has previously been developed.

The other sites have all been removed from protected Green Belt land to allow building work to take place.

South Oxfordshire’s Local Plan was hotly debated by its own councillors, who had tried to scrap it and start again before the Government intervened.

Councillors later voted by majority to approve the plan, though many abstained or voted against it.

A campaign group called Bioabundance is currently trying to challenge the Plan in the Court of Appeal.