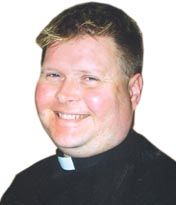 “THE problem these days”, he said, drawing himself up to his full height, “is that the working classes want fillet steak.” Even some 22 years ago, in the unregenerate late 1980s, this sentiment struck me as somewhat reactionary to say the least.

I was the new curate, the post-ordination glow still hovering around my innocent head, and he was James Farmer, the Lord of the Manor of Ifield. Bearing in mind that I was serving my title in Crawley New Town, with street after street of London over-spill council housing, and some real problems of urban deprivation, the fact that we had a Lord of the Manor was quaint; but there it was, we had.

As you drove in, a proud sign by the road told you (and I believe still does to this day) that you had entered “The Manor of Ifield”, a reminder that the little hamlet of Ifield, with its Norman church, 18th-century pub, and little beamed cot­tages, still had its identity in the middle of the urban sprawl.

Mr Farmer and his wife, Isobel, lived in a beautiful, white 18th-century manor house along a little country lane, a few hundred yards from the church. It was, in fact, the Old Rectory, built by the Revd James Spencer-Lewin, who, after he mar­ried into the Spencer family, received the benefices of Ifield and Crawley as wedding gifts from his in-laws, becoming Vicar of one and Rector of the other.

When he retired, he stayed in his manor-house rectory, and built a splendid new Regency parsonage house for the next incumbent, right alongside the church. This led to the confusion in my time that the Team Rector of Ifield did not live in the “Old Rectory”, but in the “New Vicarage” — which had been “new” for some 170 years. Sadly, that has been sold, too, now, with its beautiful parish rooms, welcoming kitchen, and huge garden.

I REMEMBER that, soon after I arrived, I was summoned formally to take tea with Mrs Farmer. I sat in the splendid drawing-room with 19th-century bone china, and cucumber sandwiches, being put through my paces by having to recite the names of the 12 apostles. (Try it: it’s harder than you think.)

We talked about antiques. “Ah,” she said a little wistfully, “when the London house was bombed in the Blitz, that’s when we lost the Chip­pendale.” My favourite line from her, though, was one reported to me by a friend: “In the war, when the Canadian troops were stationed here — my dear, within a fortnight there wasn’t a virgin in the village.”

How the other half live

BUT it was Mr Farmer’s comments and stories that I remember most, gleaned from him after the Sunday eight o’clock service he attended, or when I bumped into him while out walking my dog, or popping into the off-licence: “Here we are in our 80s, and these days you just can’t get decent staff”; “Good God, you’re a clergy­man, and you don’t have a house­keeper?”; and “I called on a woman in Langley Green, and, do you know, she answered the door in carpet slippers!”

MY FAVOURITE story from him concerned Fr Arthur Couratin, the austere and terrifying Principal of the theological college St Stephen’s House, Oxford, during the 1950s, once described as “Noel Coward in a dog collar”, whose advice to a later Principal was: “Whatever you do, don’t treat the ordinands as if they were Christians.”

They were boys at Dulwich College together — Jimmy Farmer a prefect, and little Arthur a junior oik. “He always wanted to go to church on Sunday mornings,” Mr Farmer recalled, “and some nasty older boys thought it was funny to stop him going, and he cried. I beat them, and they never did that again.”

THEY are both long gone now, Mr and Mrs Farmer, and the Manor of Ifield is poorer for their loss. They stopped the fields west of the church being built on, so preserving the character of the village, and, in their time, they did much to support and care for individuals and the com­munity, all through a sense of old-fashioned noblesse oblige.

I sometimes sit here in my own Old Rectory, a Team Rector in an urban priority area, and think how nice it would be if we had a Lord of the Manor of our very own, here, in Moulsecoomb, even if just for the amusement value.

The Revd John Wall is Team Rector in the Moulsecoomb Team Ministry in Brighton.

“A language is not just words. It’s a culture, a tradition, a unification of a community, a whole history that creates what a community is” ~ Noam Chomsky