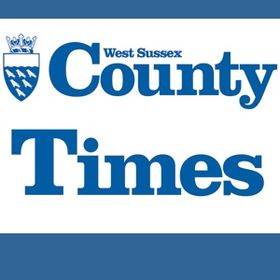 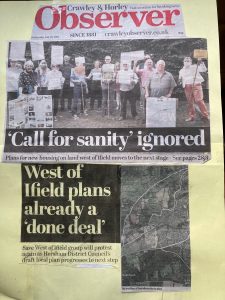 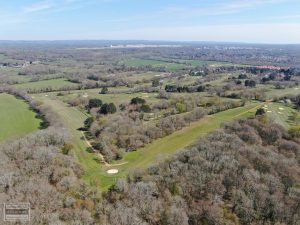 The West of Ifield committee will be organising another protest meeting after Horsham District Council’s draft local plan was taken to the next step to be adopted.

And now the committee, who have opposed the plans from the start, will let their views known at the full council meeting on Wednesday July 28, in a repeat of their protest on Thursday.

West of Ifield committee member Aiden Zeall wants any Crawley Observer readers who are concerned about the plans to join them.

Protestors outside the meeting at Horsham

He said: “The Cabinet for Horsham District Council (HDC) met in the evening of Thursday July 15 to discuss possible sites within their district for housing development.

“Many people involved in the Save West of Ifield campaign against plans to build 10,000 houses on and around Ifield Golf course feel that HDC have already decided that this is a done deal.

“This impression was underlined in the discussions that took place at the Cabinet meeting.

“Despite the presence of a large group of protesters outside the council offices not a word was said about the West of Ifield development. Other possible sites were discussed at length.

“HDC councillors at the meeting made several references to “pre-determination” regarding the selection of sites but did nothing to convince that this did not already apply to West of Ifield.

“HDC will be holding a full council meeting at 6pm on Wednesday July 28 in their Parkway offices in Horsham town.

“The West of Ifield committee will be organising another protest meeting, commencing at 5.30 pm on the 28th July, to make HDC aware of the opposition to the plans for this site.

“We invite any readers who are concerned about this massive threat to the quality of life in Crawley to join us.”

Richard Symonds, from the Ifield Society, was left angered by the decision to move the plans to the next stage.

He said: “The call for sanity was ignored last Thursday as the Cabinet of Horsham District Council (HDC) approved the “first phase” of Homes England’s monstrous £3bn masterplan of 10,000 houses – starting with the concreting over of Ifield golf course within the ancient Parish.

“Which part of “Not Currently Developable” did the HDC Cabinet fail to understand last Thursday?”

Gary Murphy, who is part of the group opposing plans for housing on Bewbush Park, posted in the Housing Development of Bewbush West Park Facebook page after hearing this decision.

He said: “ People are fed up with the constant building of housing that comes before their right to live in comfort.

“The housing is driven by money only and the need for homes is a secondary driver. If the drive was to make home available to people, then they would build on grey-field site, so that it improved living conditions for everyone and people could see the benefits!”

What are your views on the plans for these houses on land West of Ifield?

Send us your views and letters to crawleyobserver@jpimedia.co.uk