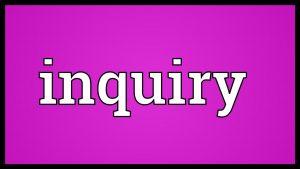 I am writing to ask you, as my constituency MP, to call for an immediate Inquiry into Homes England.

There is very serious concern that corporate bullying, coercion and abuse of power may have taken place, especially in relation to the Local Green Space [LGS] of Ifield Brook Meadows and its surrounding areas – all under the stewardship of Homes England.

There is also very serious concern that at least three Freedom of Information [FoI] questions remain unanswered by Homes England, in relation to the SA101 Land West of Ifield site option, currently being considered by the Horsham District Council [HDC].

This calls into question how informed HDC councillors have been, are, and will be regarding West of Ifield site option.

I look forward to your reply at the earliest opportunity.

A QUESTION FROM RICHARD SYMONDS [PRONOUNCED ‘SIMON’S’] OF THE IFIELD SOCIETY:

“REGARDING THE WEST OF IFIELD OPTION, IS THIS COUNCIL AWARE THAT AT LEAST THREE CRITICAL FREEDOM OF INFORMATION REQUESTS HAVE YET TO BE ANSWERED BY HOMES ENGLAND?”

The ‘Call for Sanity’ might have been ignored by HDC’s Cabinet last Thursday, but not so a call for an immediate inquiry into Homes England – before the 28th – through Crawley MP Henry Smith. For example, there is very serious concern that two Freedom of Information questions remain unanswered by Homes England, which calls into question how informed HDC councillors have been regarding the West of Ifield site option. I will be working on the letter this morning – a follow-up to the one I sent him in May last year. I would encourage each and every one to write a formal email to the Crawley MP calling for an immediate Inquiry: henry.smith.mp@parliament.uk,