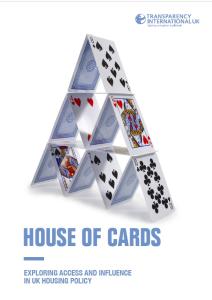 Everyone needs a home, yet finding one that will not bust the bank is a perennial problem for citizens across the UK. Whether it is to rent or to buy, the cost of basic accommodation forms a substantial part of households’ take home pay. While other developed economies suffer from similar symptoms, the problem here is particularly acute. Recent studies put the UK as the seventh most expensive out of a group of 40 industrialised nations, with over one in five renters overburdened by the cost of keeping a roof over their head. For many, the global pandemic has only increased the precariousness of their living arrangements.

Whilst the causes of this crisis are hotly contested, its persistence is undisputed. Across both large cities and rural idylls, buying is an elusive dream whilst renting remains an expensive drain on income. And over time the problem does not seem to get better, with spending on this essential item becoming increasingly unaffordable for large swathes of the population.

It is the stubbornness of this crisis that triggered this report. As we have seen over the last year, faced with seemingly insurmountable challenges the state can make bold interventions in favour of the public good. This then raises the question: why could not the same be done to make housing more affordable for all?

Because politics is the art of managing limited resources, those elected to high office must weigh-up competing demands on their time and the public purse. Yet the factors informing ministers’ judgements seems much underexplored.

This research reviews the available evidence to provide a greater understanding of potential factors influencing the UK government’s housing policy. It does so by exploring three questions:

July 12, 2021 – One in every five pounds donated to the Conservative Party between 2010 and 2020 came from companies and individuals with a substantial interest in the housing market, new research from Transparency International UK reveals.

House of Cards warns that this unhealthily high reliance on those with certain interests creates a risk that ministerial decisions are incentivised by their party’s financial ties to housing developers, major landowners, and those with large property portfolios.

The report, which examines the factors informing the UK’s housing policy, concludes that this may deter the government from taking bold decisions necessary to tackle Britain’s growing housing crisis at a time when there is a lack of affordable homes and OECD research suggests one in five renters are struggling to keep a roof over their heads.

Between January 2010 and March 2020, the Conservative Party received 80 per cent of political donations made by individuals and companies related to substantial property interests (worth £60.8 million).

Between 2015 and 2019, just ten donors with a major interest in the property market accounted for one in every ten pounds of reported donations to Conservative Party HQ.

Government departments provided little detail on the nature of these meetings, with the topic of discussion for more than 40 per cent described merely as ‘housing’ or ‘planning’, despite its own guidance prohibiting the use of such generic descriptions.

The statutory register of consultant lobbyists – which is supposed to supplement the data provided by Government departments – included additional information on just three of these 894 groups attending these meetings. The information they did provide gave no clarity as to which clients they were representing at these engagements – the sole purpose of the statutory register.

What was clear, was a broad consensus amongst those we interviewed that the voice of tenants is conspicuously absent from government consultations.

“While it is no secret that political parties receive much of their funding from a relatively small number of donors, the extent to which the Conservative Party depends financially on those with major property interests is of serious concern. An unhealthy financial reliance on those with vested interests in one sector puts ministers under pressure to provide exclusive access which creates a real risk that decisions are skewed in their favour. Breaking this dependence is key to removing the risk of undue influence and freeing government to explore bolder solutions to address the housing crisis.

“Access and potentially influence in UK politics remains woefully opaque. We know more about those seeking to shape planning decisions in rural Ireland than we do about private interests trying to shape decisions and housing policy in Whitehall. Time and time again we see government departments failing to follow their own transparency rules while the limited statutory register of consultant lobbyists only paints a tiny part of this picture. A major overhaul of the UK’s lobbying rules is needed to increase transparency and ensure there are fewer corners for impropriety to hide.”

We approached the Chairman of the Conservative Party for comment on our findings but received no response.

Research by the OECD found that in the UK, Spain, Finland and Norway, more than 20% of the tenant population (private market rent) are overburdened by housing costs (p5 of the PDF).

The research defines ‘property related’ donations as those from companies or individuals a substantial direct financial interest connected to property between January 2010 and March 2020.

Specifically, the donors had interests such as:

‘Reportable donations’ are regulated by the Political Parties, Elections and Referendums Act 2000 (PPERA). They are political contributions totalling over £7,500 from a single source to a central party or over £1,500 to a political party’s local accounting unit within a year. There are similar rules for donations to politicians and other forms of election campaign groups. See the Electoral Commission website for more information on these rules.

Between January 2010 and March 2020, UK political parties, their members, and other campaigns accepted a total of £742 million in donations.

We calculated donations to political parties by including all contributions to their central party, local accounting units, party members and members associations who are wholly or mainly members of their party.

JULY 22 2021 – “HOW CAN THIS PROCESS EVEN BE DESCRIBED AS A ‘VOTE’? IT IS ENDORSEMENT BY MANIPULATION” – REVD NICK FLINT – RUSPER PARISH CHURCH – “THEN IT’S A RIGGED VOTE” – RICHARD W. SYMONDS – THE IFIELD SOCIETY