Hundreds of millions of pounds’ worth of UK properties held in secretive offshore companies have been used to launder the proceeds of international corruption, Scotland Yard investigators suspect.

The Metropolitan police have revealed that more than £180m of British property has been put under criminal investigation in the last decade as the likely proceeds of corruption. Detectives have warned it is the tip of the iceberg.

In almost every case, suspected international money launderers hold the properties in secretive offshore companies. One investigator said the arrangements were “like putting money in a Swiss bank – they have become ubiquitous for the corrupt”.

The scale of the problem has been revealed by Transparency International on Wednesday, with the anti-corruption campaign group warning that the UK has become “a safe haven for corrupt capital stolen from around the world”.

Half of the 144 properties investigated by Scotland Yard were registered to companies in Jersey, which does not automatically declare the identity of the beneficial owner.

“Properties that are purchased with illicit money, which is often stolen from some of the poorest people in the world, are nearly always layered through offshore structures.”

Anti-corruption investigations have so far led to the confiscation of just £6m in UK property assets. Last year, One, an international anti-poverty campaign, estimated that developing countries are losing $1trn (£650bn) a year from corruption, including money laundering and tax evasion.

Police and anti-corruption campaigners say the problem is being exacerbated by continuing secrecy, which obscures the beneficial ownership of properties held in tax havens like the Channel Islands and British Virgin Islands.

In London alone, 36,342 properties are held in offshore companies in secret jurisdictions, according to data released to TI by the Land Registry. The favourite locations to hold the assets are the BVIs, Jersey and the Isle of Man.

The hot spot is Westminster, the UK’s richest borough, where almost one in 10 properties are held in a secretive offshore company.

Last year, a Guardian investigation into the ownership of homes on the richest stretch of the Bishops Avenue “billionaires row” in Hampstead revealed 20 mansions were held offshore from Panama to the Isle of Man.

One example of London property being used to allegedly launder the proceeds of corruption occurred in the case of James Ibori, the former governor of Delta state in Nigeria, who was jailed in 2012 on money-laundering and corruption charges involving taking £50m while in office.

A Hampstead mansion he bought with £2.2m in cash, as well as a home in Dorset, were included on a list of assets prosecutors want to confiscate.

In another case, Saif Gadaffi, the son of former Libyan dictator Muammar Gadaffi, owned a £10m home in the same area through a BVI company, Capitana Seas Limited.

After Gadaffi was overthrown, the high court in London ordered it to be handed over to the country’s transitional government, on the basis it was bought with national funds.

“We should not be allowing this,” said Robert Barrington, director of TI. “We have sleepwalked into this. Nobody at a political level has realised that Britain is in danger of becoming a country for corrupt capital.”

In total, 76% of properties suspected of being used to launder proceeds of corruption were held through secretive offshore companies and ranged in price from £130,000 to £9m.

TI said the UK has become “an alluring location” for hiding the proceeds of corruption for the same reasons it is attractive for legitimate business: unrivalled numbers of financial and professional services firms from around the world, numerous real estate investors and over 250 foreign banks – more than any other country.

London’s soaring property prices have encouraged money laundering, allowing corrupt individuals to process ever-higher sums and even increasing its value in the process.

Individuals buying the highest value new-build properties in the UK tend to be from regions of the world with “substantial domestic public sector corruption challenges”, TI said.

A government spokesman said: “The government is committed to tackling illicit financial flows and the misuse of companies. That is why we are taking forward world leading reform to improve corporate transparency and working hard to encourage others to take equally ambitious action in this space.”

Last April, David Cameron wrote to British overseas territories, calling on them to be transparent about who owns companies and trusts, but none have yet accepted his challenge, according to TI.

A spokesman for the States of Jersey said: “We know the beneficial ownership of all companies incorporated in Jersey and that information is available to law enforcement and tax authorities on request.

“Therefore, there is no reason why the UK police, using the appropriate channels, would not be able to get information on the beneficial owners concerned.”

TI wants every foreign company to be required to reveal the names of beneficial owners before they buy any UK property and for estate agents to be required to check those individuals when their companies are trying to buy homes.

It said the chancellor, George Osborne, should consider a cap on cash payments for property, which avoid existing anti-money laundering protections in the banking system, and the Land Registry should publish freely to the public the ultimate beneficial owners of properties. 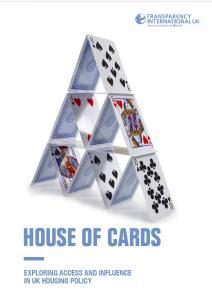 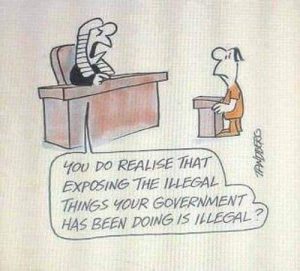