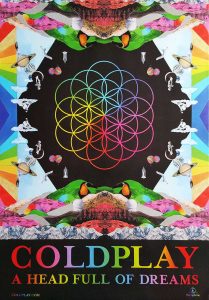 “Yesterday was an amazing day for me because it was the first time in years I was able to re-connect with, listen to, and enjoy the music I so loved. ‘Amazing Day’ by Coldplay simply touched my soul”

“Horsham have to put in a 30 year plan as the rules changed last week and any planning now needs the 30 years plan to get consent. Horsham had only put together a plan for a shorter term (as per the old rules) and the planners noticed this at the 11th hour”

“Homes England have been stopped in their tracks – for the moment”

If ( and its still a big ‘If’ ) the proposed Housing Development is set aside for the moment then perhaps we should not celebrate too soon.

I have been following the emails concerning this project since day one when Richard Symonds rang the first alarm bells and, like everyone else, I have been most concerned at how – in the name of sanity – such a proposal could have been bulldozed through with such total disregard for the environment and public opinion. Everything was wrong, and the infrastructure in this area does not even support our present needs, but we have now had some insight concerning the ways and thinking of our elected representatives and I would like to say two things.

Firstly – Thanks are due to Richard (who gave us the wake-up calls) and especially to Malcolm Bender who kept up the barrage of well-aimed, beautifully-worded, informed and effective protest. Secondly – Someone (Richard perhaps ?) could draw up a list of the afore-mentioned elected representatives so that, at any future elections, we the electorate will know who NOT to vote for (which might make them think a little).

I said ‘Two points’ but another comes to mind. It isn’t just the politicians who are out of order here. Developers have always found ways to get round rules, and there’s a dodgy link between them and the politicians, so they all need watching. Fifty years ago we used to joke about the possible merger of East Grinstead, Crawley, and Horsham (East Crawsham). Well its happening now, and one day London will merge with Brighton – unless Richard can keep up the good work. Meanwhile we must remain vigilant !