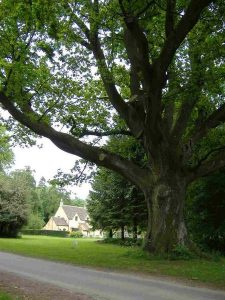 A GROUP of seven women arrested over an attempt to thwart the felling of a 200-year-old oak by HS2 workers have been acquitted after their charges were dismissed.

The protesters had been charged with aggravated trespass and offences under the Trade Union & Labour Relations Act after they resisted attempt to cut down the tree in Poor Piece wood, Buckinghamshire in June 2020.

But the three-day trial at Milton Keynes magistrates’ court was thrown out on Monday afternoon after the prosecution failed to comply with its disclosure obligations, according to the HS2 Rebellion group.

One of the “seven sisters,” Sam Smithson, 39, said that she was relieved and delighted with the outcome of the case. But she added: “The real question still remains in my mind unresolved as to what HS2 would have done that day had we not held them to account with protest.”

As a result of the women’s action, the oak was spared that day but was cut down later that year. The group had argued that the tree was outside the major rail project’s boundaries and may have been home to roosting bats.

Anti-HS2 protesters have been resisting the construction of the rail line along its route, including at Poor’s Piece, warning that the woodland and its species continue to be under threat.

Ms Smithson said the new high-speed railway is the “largest ecocide project the UK government has done to date.”

The Woodland Trust has previously warned that HS2 poses a grave threat to Britain’s ancient woodlands, with 108 such areas at risk of loss or damage.