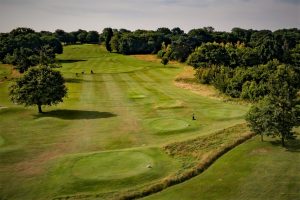 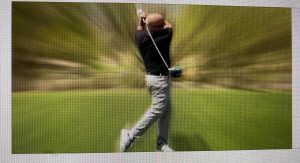 Yes, Rusper Golf Club is permanently closed and yes, that should make a positive difference to the enormous value of Ifield Golf Club, the membership of which is constantly going up.

However, Horsham District Council are choosing to ignore this fact as it is expedient for them to do so.

They have received a report on local golf club viability which is as watertight as a Swiss cheese and suggests (along with many other gross inaccuracies),  that IGC’s membership is just over 400 (a reduction of about 9%), whereas it is actually over 570 and rising.

The latter figure shows that the club should be retained, in accordance with Government policy, but the Council seem to be unwilling to accept this fact as it would mean that the proposed scheme, based entirely on Homes England’s appalling profit based development proposal, would not be viable.

Assuming that Horsham District Council chooses to stick to this flawed proposal, we will be able to challenge the validity of the draft Local Plan when it goes before the Government inspector.

Homes England comes up next – smart, confident with an expensive-looking driver… 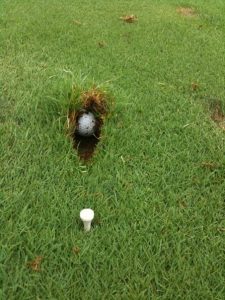 In addition to the reply from Malcolm Bender let me expand a little.

HDC commissioned a Golf Supply and Demand Assessment for Homes England to prove that Ifield Golf Course was surplus to requirements in accordance with the NPPF Clause 99 point (a).

This report was completed by Knight, Kavanagh & Page who are based in Bury, Lancashire. To our knowledge they never even visited any of the courses listed in this report.

The report was full of factual inaccuracies which inevitably contribute to misleading assumptions and flawed conclusions. We have challenged this report some 3 weeks ago with both HDC and the company that produced the report but no response.

Rusper Golf Course is permanently closed and quite a few members from there joined Ifield. We have also taken on many green fees and society bookings from there.

Rusper Golf Course was not mentioned in the assessment as it is in Surrey (only just) not Sussex, that’s how misleading the report is.

This you will like. The report states that the estimated catchment population for Ifield Golf Club is 1,294. Our catchment area is in fact Crawley at 112,448. 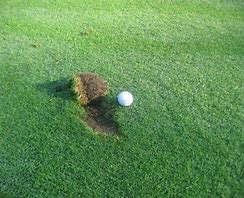 Homes England finally hits the ball at Hole 1 with a 3-wood, but goes into the rough – 200 yards [Spectator shouts “Responsible landowner and accountable public body”? Bollocks!]

I have just received from Aidan Zeall a copy of the attached Summer 2021 news update from Homes England.

I have no regard for this rapacious property developer but I do have to admire their cheeky sense of humour!!

A couple of my favourite quotes: —

“We have a long-term commitment to …….investing early in infrastructure to offset the impacts of development and help meet the needs of existing communities,”

The anticipated road blockages should have the residents of Rusper, Ifield and Crawley splitting their sides with laughter!.

“deliver a new ……. neighbourhood that can address the acute housing need in the area ….  provide opportunities for existing residents”.

I’m sure that Crawley Borough Council will appreciate the acute housing need gag and, as an existing resident I’m really excited at the prospect of my coming opportunities!!

I think Homes England’s Ken Glendinning would be a great Stand Up act with a scriptwriter as on the mark as this!!!

OK – Hole 1 is called ‘Forgegate’ – 525 yards Par 5. Malcolm has played the first shot with a 3-wood – 210 yards [would that be correct?]. No he would use a driver.  He would play the 2nd shot with say a 5 wood which would go about 200yards. He would then use an 8 iron for the remaining 115 yards Next player to use putter for a birdie? correct Hole 2 – what’s that called?…..( Sussex Weed)
I attach a document which gives you the hole number, different tees used, length of each hole and on the far side of the sheet the hole name.
So for example Hole 1 is 525 yards long from the white tee with a par of 5 ( that’s the number of shots you should take) and it is called Forgegate ( all holes relate to the Forge/ironworks that were once there)
For par 5’s you would use a driver, for a par 4’s you would use a 3 wood and for par 3’s you would use say a 6 iron.