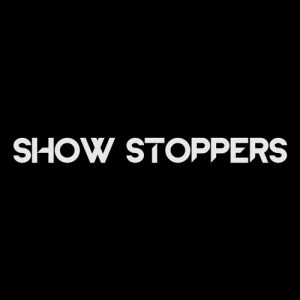 AUGUST 25 2021 – HOMES ENGLAND CONSORTIUM LAND-GRAB ‘BLOWN OUT OF THE WATER’ BY NPPF AND ENVIRONMENT BILL SHOW-STOPPERS? – AN ANALYSIS

Because there was so much negativity about what Crawley could do about Horsham’s plans, I decided to investigate the revised NPPF and make suggestions as to what we can concentrate on. I hope there are some planning professionals who are doing a much better job, but I hope this will allow everyone to alert their local councillor.

This confirms that the new development will be part of Crawley and therefore the local community, [which] as far as the National Planning Policy Framework is concerned, are the residents of Crawley.

The revised NPPF Part 3 paragraph 15 “puts a strong emphasis on plan-making involving local communities in order to create attractive, high quality places to live”. It also states that plan-making is a platform for local people to shape their surroundings.

Maintaining Effective co operation paragraphs 24,25,26 and 27 between local communities and relevant bodies should take place in the future, if it didn’t happen in the past.

There is also greater focus on plans, design, policy guidance and codes, and that development that is not well designed should be refused. The codes used should be those of Crawley, not Horsham or Homes England. The Urban Design in Crawley and its neighbourhood Principles document describes the new town pattern of ring and radial roads with neighbourhoods grouped around them. The Horsham Local plan shows 3 neighbourhoods connected to each other by a ring road which separates them from the rest of Crawley. The people living there will not feel part of Crawley and when they get to either end of the ring road they will just as likely go to Horsham or Horley or even to Brighton and Croydon. The plan does not follow local design principles; [it] is of bad design and should be refused.

Paragraph 98 “ open Space and recreation” is not new, but the need to look forward 30 years puts a different slant on it. With Tilgate park and forest, the south of Crawley, is well served – but the west has only got Ifield golf course and the footpaths around it and Ifield Green. If the Homes England development went ahead, the golf course and countryside would be severely missed immediately and would have to be replaced during the lifetime of the plan. It is not sustainable development, as required by paragraph 2.7 of the NPPF, to dispose of a sporting facility – on which were planted thousands of trees – only to have to replace it later.

Paragraph 99 is also not new, but now that we have established that the new neighbourhood will be part of Crawley it should be the Supply and Demand for Golf in Crawley which decides whether or not Ifield Golf course is surplus to requirements.