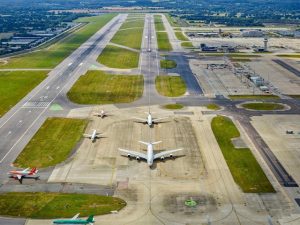 GATWICK AIRPORT LIMITED “CONSIDERS IT IN THE NATIONAL INTEREST FOR LAND TO CONTINUE TO BE SAFEGUARDED TO ALLOW FOR A NEW RUNWAY TO BE CONSTRUCTED TO THE SOUTH OF THE AIRPORT, IF IT IS REQUIRED FOR THE FUTURE” [SOURCE: GATWICK CONSULTATION 2021 – ‘PRELIMINARY ENVIRONMENTAL INFORMATION REPORT [PEIR] – NON TECHNICAL SUMMARY’ – SECTION 3.2.1-5]

A campaign group is urging people to oppose expansion plans for Gatwick Airport ‘for a greener future for the planet.’

A spokesperson for Communities Against Gatwick Noise and Emissions – CAGNE – said: “Aviation is one of the biggest threats our planet faces today with no one silver bullet to an alternative source of fuel for planes flying in and out of Gatwick than burning fossil fuel.”

The group maintains that the airport should not be considering rebuilding its ‘emergency’ northern runway as a second runway ‘as the UK plays host to COP26 this November.’

The spokesperson added: “This is the wrong time for such expansion plans. Aviation needs to get its house in order.”

The Northern and Main Runways at Gatwick

However, the airport’s proposals are being welcomed by many after the loss of thousands of Gatwick jobs following the start of the pandemic.

CAGNE says members will be in Horsham’s Carfax at 2pm on September 18 to answer questions from residents. 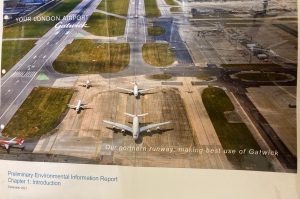 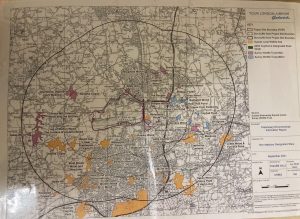 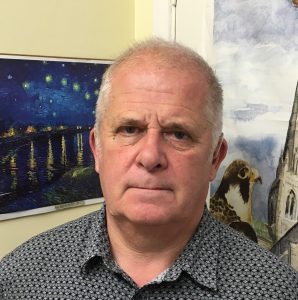 It has been difficult to digest the sheer volume and complexity of consultation material provided by Gatwick Airport Limited regarding their Northern Runway project.

“The Gatwick Masterplan 2019 set out three scenarios for future growth and resilience of the Airport:

Scenario 2: where the existing standby runway is routinely used together with the main runway…

Scenario 3: where land continues to be safeguarded for an additional runway to the south…

“GAL is not actively pursuing Scenario 3 in light of the Government’s support for the third runway at Heathrow, but considers it in the national interest for land to continue to be safeguarded to allow for a new runway to be constructed to the south of the airport, if it is required in the future”

It is not for Gatwick Airport Limited – a wholly owned subsidiary of Ivy Holdco Limited – to decide what is “in the national interest”. That responsibility lies with the Government – not a private global consortium.

Likewise, it is the responsibility of Government – national and local – to decide whether of not the Homes England £3bn masterplan of 10,000 houses West of Ifield near Gatwick is “in the public interest”.