On to Public Question Time. The first one is about the West of Ifield development plans & whether the water neutrality directive is a ‘show-stopper’

Peter Smith [now Deputy Leader – Ed] said the directive stops the council from approving applications which have an impact on the water supply – this is most of them. They’re developing a water strategy but West of Ifield is not a Crawley application, it’s Horsham

Essentially, they don’t know what effect the Natural England declaration will have. But the council will continue to speak against the plans & encourages others to do the same

Next up is our ‘local character’ – this is going to be about his taxi licence. Yup, the shouting and pointing has started aaaand he’s being escorted from the room. He wants £1m compensation…or £2m…

Next up is a young lad who has asked about the shutting of the adventure playgrounds. He wonders what children are supposed to do. I hope he wasn’t unnerved by the previous speaker – he’s certainly more eloquent than he was

On to a report about the Crawley City Status bid https://democracy.crawley.gov.uk/documents/s20378/Crawley%20City%20Status%20Bid.pdf… https://crawleyobserver.co.uk/news/politics/what-would-becoming-a-city-mean-for-crawley-3416678…

crawleyobserver.co.uk
What would becoming a city mean for Crawley?
Crawley Borough Council is exploring the possibility of applying for city status on the 75th anniversary of becoming a new town.

Peter Lamb & Duncan Crow are of one mind over this. Their message to the Queen: “75 years ago, you made Crawley a New Town. In that time, we have grown to become a regional powerhouse. Imagine what we can achieve if you made us a New City’

Bob Lanzer has pointed out that, in non-pandemic times, Crawley brought in 35% of the county’s business rates despite only having 2% of the land. As for the town’s diversity he said it was ‘a world in one borough’

It’s been unanimously agreed that a bid will be prepared

Bit of an argument after Tim Lunnon said the Tories have no one but themselves to blame about the current situation & they wouldn’t be bothered if the shoe was on the other foot. ‘How dare you!’ was the response from Brenda Burgess

People are calling out & after being told by one councillor to ‘respect the chair’, another said ‘You started it!’ I have a small grandson who uses that response to arguments…

Mr Crow’s amendment has been voted down. The motion itself has been carried – on the chair’s casting vote, of course

The second notice of motion is about the West of Ifield development plans https://crawleyobserver.co.uk/news/politics/west-of-ifield-homes-will-urbanise-a-huge-swathe-of-our-neighbouring-countryside-3417791…

crawleyobserver.co.uk
West of Ifield homes ‘will urbanise a huge swathe of our neighbouring countryside’
Crawley councillors are to vote on a motion declaring the ‘strongest possible opposition’ to plans for 10,000 new homes west of Ifield.

Peter Lamb is annoyed the motion implies that the council has been doing nothing to oppose these plans, when in fact it has been rather vocal since 2019. He said he has asked Henry Smith MP a number of times to raise it with the minister with no success

Duncan Crow said there has been a misunderstanding & the motion in no way intends to criticise the work to oppose this development so far. He wants them to be of one voice on this – to present a united front

Richard Burrett has recalled the old ‘Crawsham’ joke, that Horsham & Crawley would eventually merge. He doesn’t think it’s much of a joke any more given how much development is planned or in progress

They’re voting. The amendment has been agreed on the chair’s casting vote. The motion itself was unanimously agreed

And that’s the end of a rather long meeting. Goodnight all 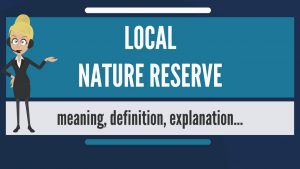 “Is the ‘Water Neutrality’ Directive from Natural England a ‘show-stopper’ when it comes to
large developments -such as the West of Ifield masterplan within our ancient Parish?”

I will, of course, email you a full response to your question after this meeting.
Natural England is a Government Agency and sent us a ‘Position statement’ on 14th
September. It was entirely unexpected and has an immediate effect on the Sussex North
water supply zone (which is managed by Southern Water). The Sussex North zone
includes most of Crawley, nearly all of Horsham district, including the West of Ifield area,
some of Chichester district and parts of the South Downs National Park.
The Position statement covers most of Crawley including Manor Royal and effectively stops
us approving new planning permissions which have an increased water demand
implication. This is, of course, most planning applications.
In the meantime in Crawley it’s preventing job creating and affordable schemes from coming
forward, and stopping people from getting their extensions, which is why we need to find a
solution. So we are co-operating with Natural England, Southern Water and other planning
authorities affected to develop a water neutrality strategy. This will take a number of
months to put in place.
We have a large number of Householder applications that are affected with more coming in
every week and more than ten major applications for commercial development affected.
We are doing this for Crawley applications to help our residents build their extensions and
our developers to build new business premises creating much needed jobs.
In the much longer term, Southern Water are proposing to install new abstraction facilities.
Of course, we do not have any large sites in Crawley as we are broadly built out to our
boundaries.
The majority of the Homes England’s West of Ifield site lies in Horsham District and so they
are the planning authority and will decide any application. Crawley will be consulted as a
statutory consultee, as the site is on our boundary, but we will not have any say in the final
decision.
So I can’t say what effect the Natural England positions statement will have on large
applications in Horsham but Homes England is a Government agency and of a large enough
size that there is no guarantee that this will prevent the West of Ifield development.
For our part in Crawley we will be taking a keen interest in these events and will continue to
speak up for Ifield and Crawley’s interests at all times.

“Last Monday, Horsham District Council’s Deputy Leader [and Councillor
representing the Ward of Colgate and Rusper within the ancient Parish of
Ifield] wrote on a Facebook site regarding Homes England’s scheme of 10,000
houses West of Ifield:
‘Why are you not writing to homes England to object to the scheme? HDC legally have
to review what is put in front of them but the developer in this case homes England could
withdraw the plans…. I would encourage everybody to write to homes England as well’

Will Crawley Borough Council support a letter-writing campaign urging Homes
England to withdraw their scheme of 10,000 houses West of Ifield?”

Crawley Borough Council would encourage all those who object to the proposals to use
every avenue available to ensure their voice is heard by Homes England. That could include
a letter writing campaign or more importantly ensuring that they participate in any formal
public consultation run by Homes England, as a lack of overwhelming opposition in the
public responses is likely to be used as evidence of public support when planning permission
is sought.

The Full Council voted unanimously, with all members in attendance, for Josh’s motion with amendments proposed by Peter Smith. This is good news as it is clearly in the public record that CBC are not supporting Homes England’s proposed development.

Here is the amended wording:

Crawley Borough Council formally re-states its strongest possible opposition to the Homes England proposal to build up to 10,000 new homes to the west of Ifield/Crawley.

The Council congratulates the administration for having written some time ago to both Homes England and Horsham District Council on behalf of the council’s entire membership, to set out the full range of concerning impacts for Crawley and the environment, including infrastructure pressures, that this development would create, and seeking both maximum mitigation measures and ongoing influence for Crawley throughout the entire process, in order to protect Crawley’s interests.