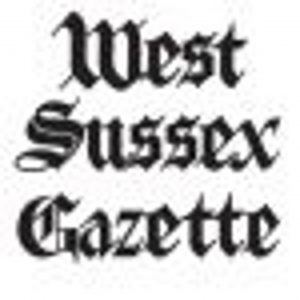 The West Sussex Gazette has been campaigning for Prime Minister Boris Johnson to urgently take action to protect our county’s green fields from development.

For the past four weeks, the WSG has devoted its front pages to raising awareness of the issue, following remarks made in Mr Johnson’s Tory Party Conference speech.

This week, we began our tour around the county’s under-threat green spaces – in which we are giving groups the chance to outline why sites should be protected.

Below, you can see a contribution from Aidan Zeall and Fenella Maitland-Smith, of the Save West of Ifield Committee, which is fighting the building of up to 10,000 homes in the north of the county.

See next week’s paper for another green space in the spotlight.

Guest comment: Fighting to save our ancient landscape from 10,000 homes

The Save West of Ifield Committee is a group of residents and local councillors from all of the main political parties, established to oppose plans by Homes England, a Government Agency, to build up to 10,000 new houses on land west of Ifield in Crawley.

We oppose the Homes England plans for the following reasons:

– They don’t reflect local need. The housing targets for Horsham are hugely overstated due to the government’s ill-conceived standard method calculation.

Housebuilding in the South East, and greenfield sites in general, is geared towards developers not local communities. Even potential Gatwick expansion will not create demand; there will be a huge mismatch between any jobs created and the prices of the houses delivered.

– Crawley’s infrastructure will be overwhelmed. Local roads are already overstretched, and Ifield station does not have capacity. Crawley Hospital has no A&E and East Surrey Hospital, GP surgeries and the ambulance service are already stretched to full capacity and cannot cater for potentially 30,000 new patients.

– The development is strongly opposed by Crawley Borough Council (CBC), and by Crawley’s MP, but under current planning rules CBC and residents will have little influence in the decision-making process.

– The development will be one further step towards the creation of ‘Crawsham’ – Crawley and Horsham as one giant conurbation with no rural buffer between them.

– The site is a flood plain, and suggested mitigations will increase the flood risk further downstream in the Mole Valley. It is also hard to see how the development could be viable given Natural England’s requirements for water neutrality.

– Any homes built will suffer from noise and emissions from Gatwick Airport. NO2 pollution levels in Crawley are significantly higher than most of Sussex and Surrey.

– The first phase builds on Ifield Golf Club – a popular and highly valued community asset. This is a breach of national planning policy which requires that any lost sporting amenity be surplus to requirements and replaced by an equivalent or better.

– A beautiful area of ancient landscape – the Ifield Commons – will be lost. The site supports a range of rare and protected species, and 75 per cent of the area is identified as a Biodiversity Opportunity Area with potential to provide a wildlife corridor between the Rusper Ridge, Ifield Meadows, on to Willoughby Fields, and then Gatwick.

– Thousands of trees will be destroyed, just when we are all being encouraged to plant a tree for the Queen’s Jubilee. In addition to the mature oaks and ancient hedgerows that will be sacrificed, the golf course received 8,000-plus trees 19 years ago from the Forestry Commission to improve drainage, and support wildlife.

As a town almost entirely encircled by major roads and Gatwick it is important that residents have some direct access to countryside. Similar to Chesworth Farm in Horsham.

For all of the above reasons and many more we will oppose this development by any and all means at our disposal.