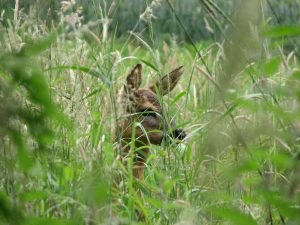 The Druids and Standing Stones in Sussex [‘Rest-And-Be-Thankful’]

Who were the Druids? (historic-uk.com)

A history of the Druids in Britain (britishheritage.com)

Rest And Be Thankful

“Rest And Be thankful” is the name of a stone that rests along the track between Southwick and Thunders Barrow (TQ239070). It is a block of sarsen stone measuring roughly 3 feet square and 2 feet high, and makes an excellent seat, which is probably where it got its name. The stone was apparently moved here from Southwick Church where it was originally built into the fabric of the church, but when the wall was widened in the 19th century, the stone was brought here to be used as one of the boundary stones along the trackway (Holden 1976,Holden 12/13). Most of these boundary stones, of which many more were marked on earlier Ordnance Survey maps, are now missing. There is an interesting hollow on the top of the stone which Eric Holden thought might be a flint axe polishing surface.